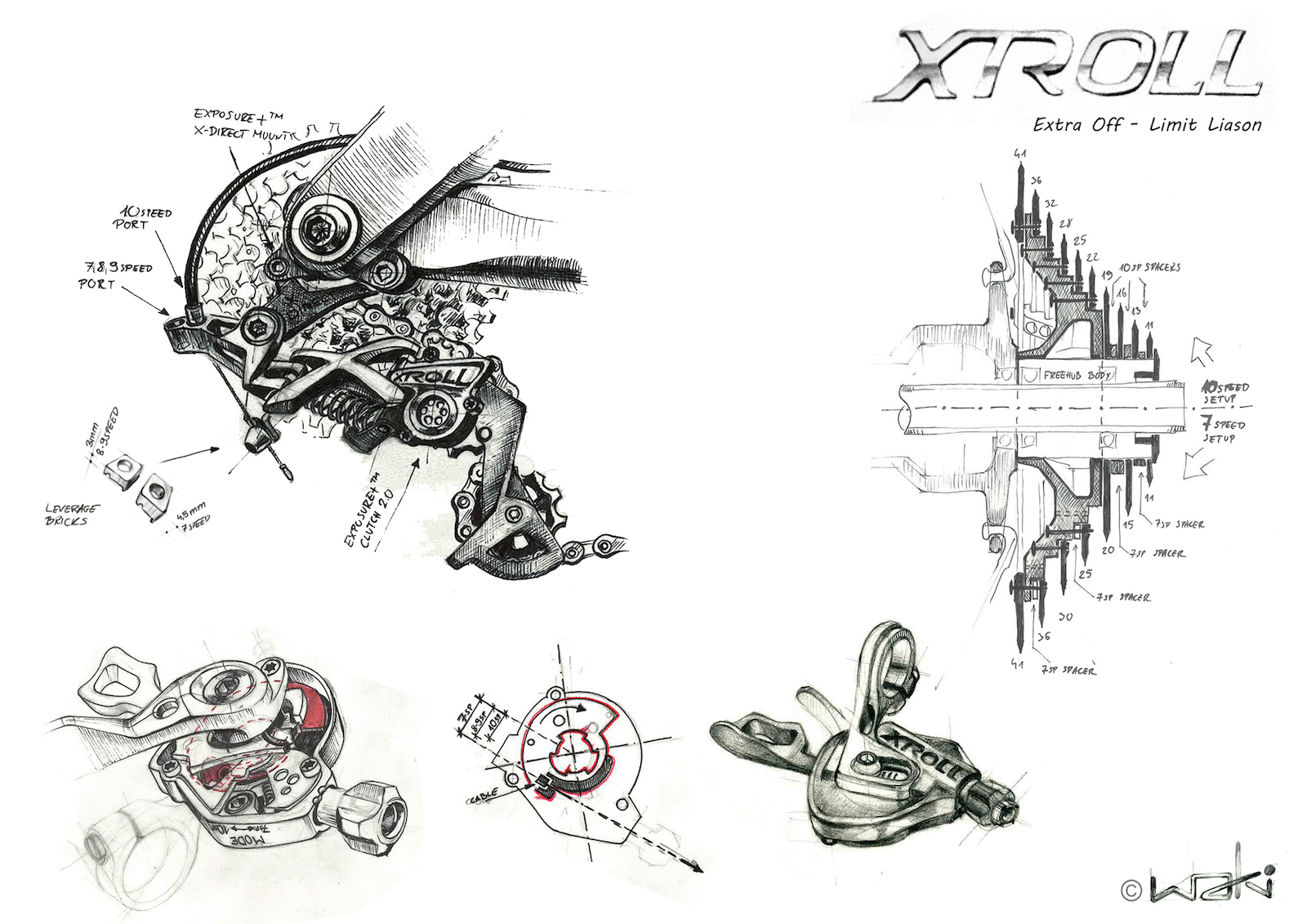 In the last 3 years, two biggest bicycle component manufacturers have released their 11-speed MTB groups, along with press releases, containing high quality picture and video content (aka "sick edits") creating the desire to own them. Just like in early 2000s, the true advantage of going "one more speed" was increasing gearing range. From Shimano side 9 speed hasn't really brought anything new to the table than smoother gearing ratios for those who (pretend to?) care. Some liked that shifting got smoother and less clunky but I myself still get pleasure-filled flashbacks of 9-speed Sram X0 shifter derailleur combo going Cling! Clang! Clong!, making me more than sure that the selected gear is on, VS Shimanos soft cleng-bfleee-click. 10 speed attracted many due to larger cog going from 34t to 36t which created a psychological illusion that NOW I can finaly crank it up on single chain ring. Unless you were riding a 29er, 2 more teeth didn't make much of an actual difference. Illusion or not, along with chain guide development, 10 speed drivetrains really made many people dare to go for single ring setups and that was great due to chain retention, less cables, less elements to fail or just maintain. Then clutch mechanisms in the rear mechs came and further decreased the chance of dropping the chain. I was still dropping it, but very very rarely.
Read more »
Posted by Unknown at 12:12 8 comments: 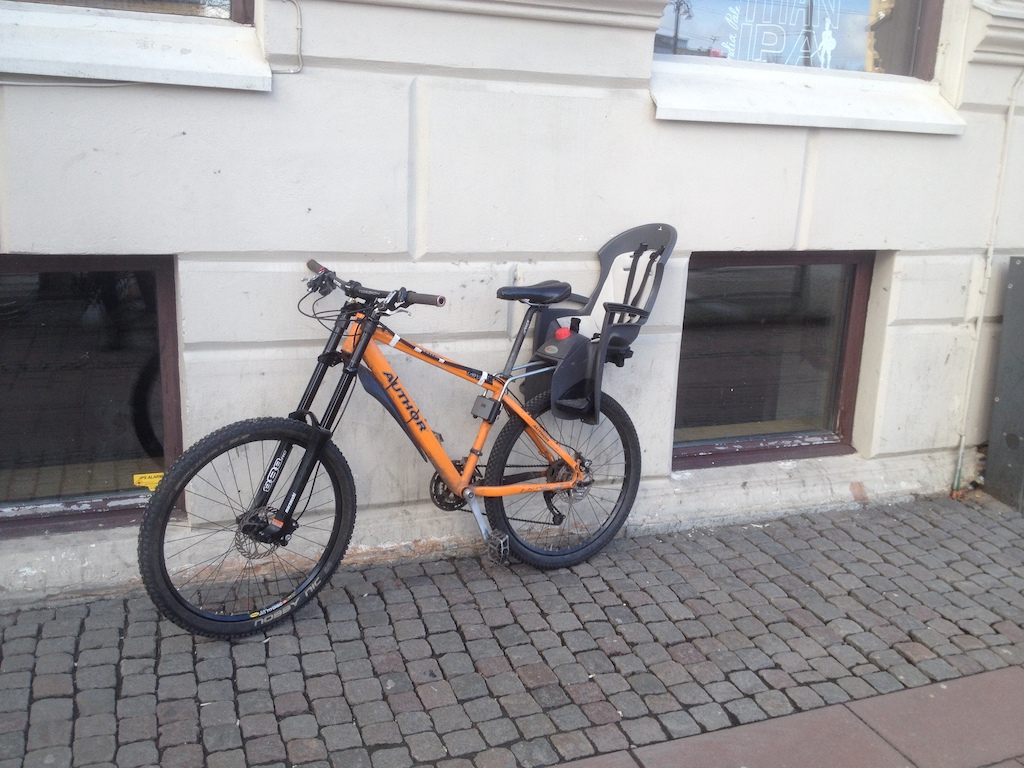 Gothenburg,Western shore of Sweden. Weather is not always nice but I ride to work every day. Many people say it is environmentally friendly, few more say: it's healthy. Batteries from electric bikes and fumes from cars inhaled at 140BPM+ heart rate make it totaly true... NOT. But I don't give a flying fuck, for me, it is simply convenient, despite the fact that there are next to no traffic jams here. It takes me around 15 minutes to get to work by bike, 20 by a car and 30-40 by bus/tram. GOing with a car is freaking expensive, due to parking costs, going by bus equals risk of catching infections, frustration due to waiting or simply hearing what people talk about. Whatever: here's my fantastic commuter bike, a reminder of achievements of huck to flat era. Hucking is the new enduro, and this bike with child seat provides opportunity for eternal wheelies. My friend accuses me of trying to be controversial, to mock Enduro sexuals that I could eventually meet on my way to work... naaah. I have not yet found an anti-fixie sticker. I still need 800mm bars and super loud freehub body to make it into a fixie smasher. 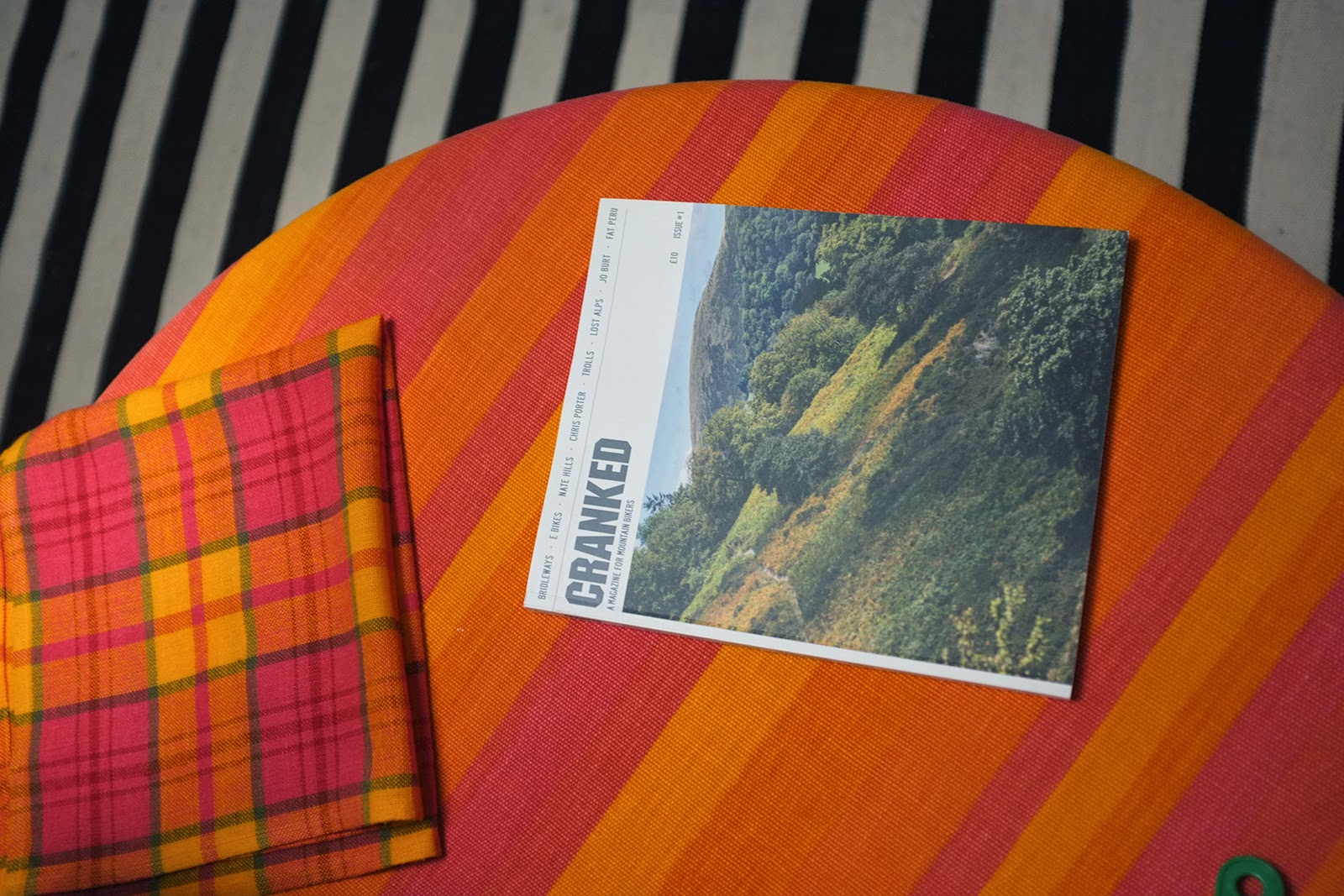 There's a new MTB magazine: Cranked. I am happy I could make a small contribution to the first issue. Magazine is quite different from anything else I have seen, in a good way. Good read, good pictures, few commercials. I like. 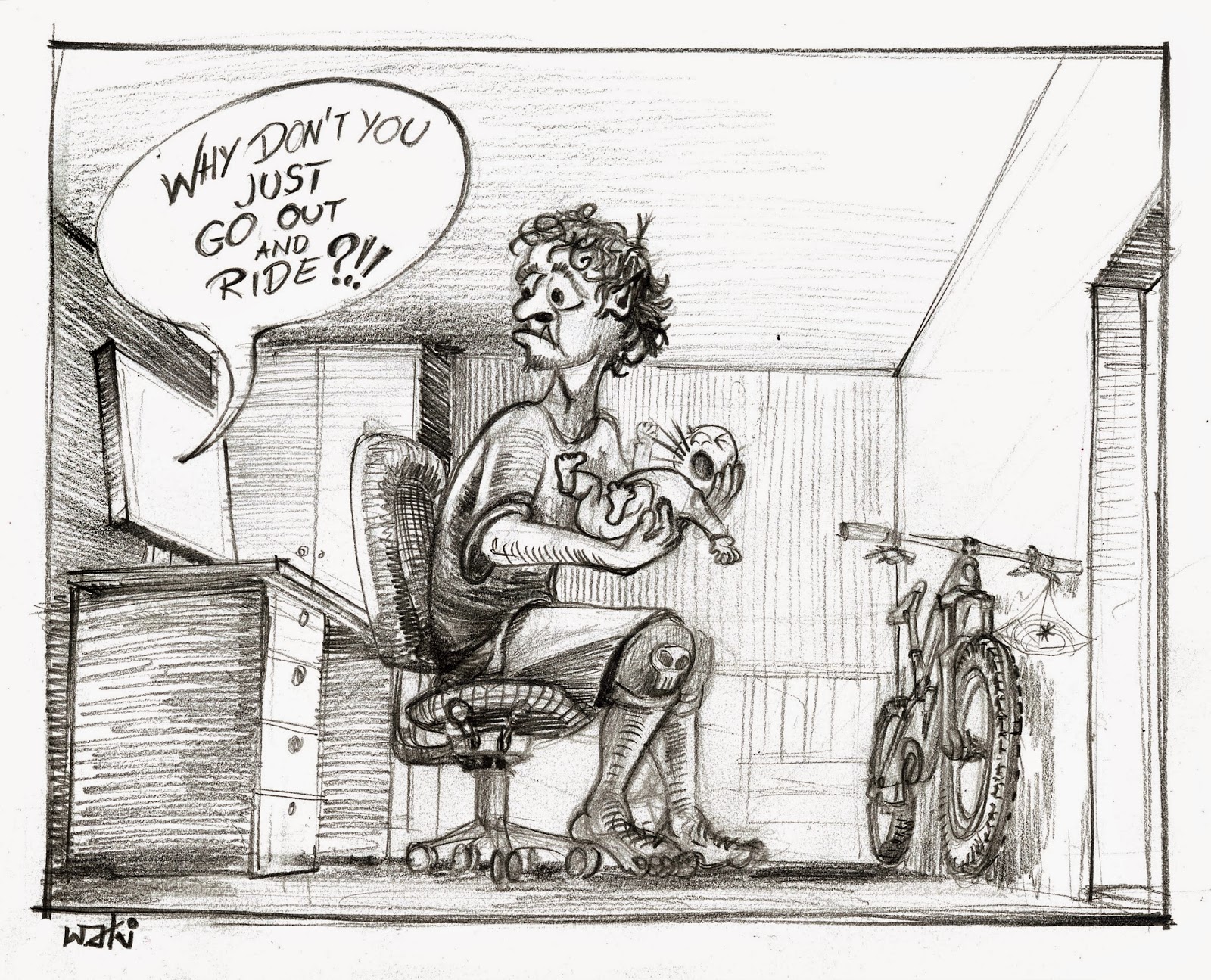 SCIENCE AND RELIGION of MTB (and of other irrelevant things) 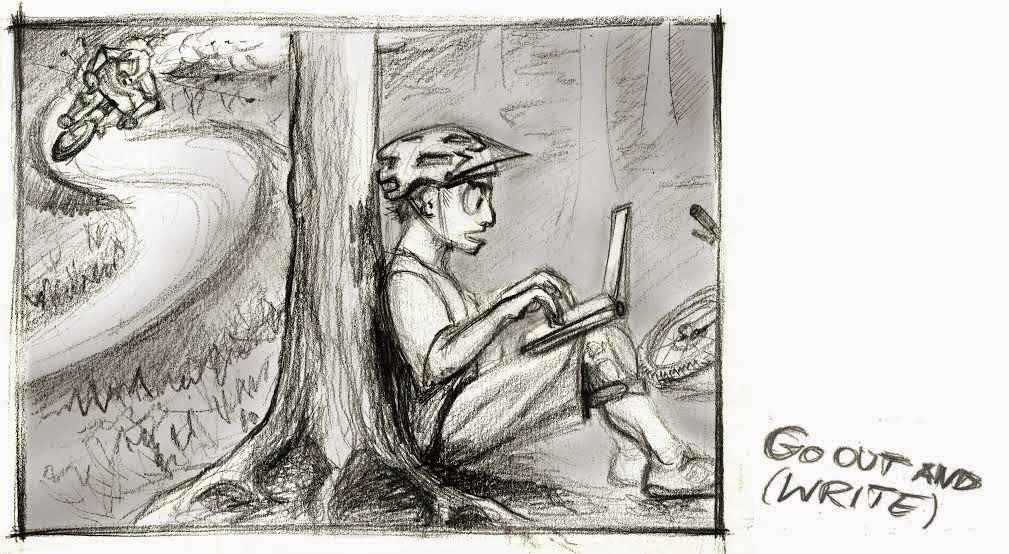 I have a deep trouble with Science, or rather by the use of this word by an average asshole on the internet. I guess mainly because I consider myself to be a very reasonable man, obsessed on being aware of how can my psyche influence and eventually jeopardize the best planned actions and lead to misuse of the most sensible inventions, in a way I am tyring to be aware in which reality my mind is at a particular moment. This sour bit about Science has been sitting inside of me since a few years and I finaly found a trigger to let out.
Read more »
Posted by Unknown at 23:45 1 comment: 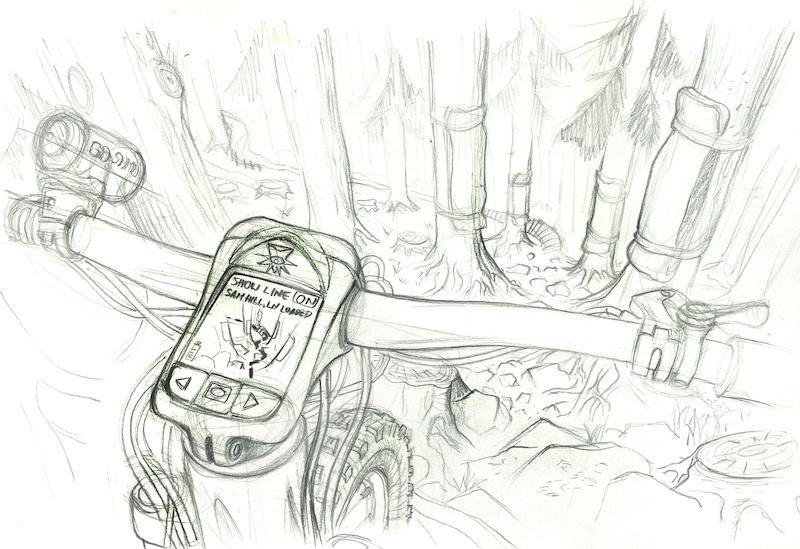 A few days ago I saw something interesting on biggest Swedish MTB forum. People put Strava bar in their signature. Shows how many trails you rode, how many KOMs bladi bla. That act of self elevation already hit me hard, but after quick browsing I saw that one person goes one step further... He has put a logo and link to the website of his sponsor under the bar. It made me wonder... Many people are into Enduro Racing by logging into Strava via Facebook. What if you have a sponsor, and when you KOM, you could add his logo and tag to it, so that all of your friends can easily see what theoretically made you so fast? Sure you can already specify what you ride, but I think logos would make it more visible. Then Strava could gather that information from all profiles and you could ask it to show all trails in your area or in the whole world where people KOMed, for instance, on a Cannondale or on ENVE wheels. You could have a ranking which bike or suspension maker is the most successful. That would transform the world a bit I think, it would add another dimension to the game of "which stuff should I buy", ruled by tests, reviews and most importantly results of top athletes, isn't it?

Bike setup with a bit of salt 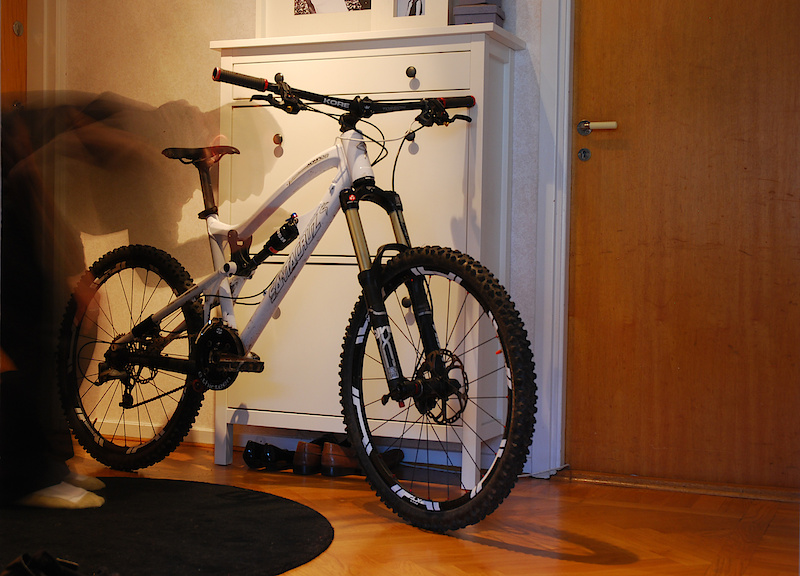 This is about mental approach to preparation for riding. I have sensed this weird feature of my brain since some time, but it has never manifested itself so vividly as last time on my way to work - about it later. I spend by average 20 minutes to prepare my bike for a ride, oiling the chain, checking tyre pressure, shock pressure, eventually switching pedals, occasionally tyres. I try to do it a day before so that I don't get frustrated by some unexpected problem (like brakes or dropper post needing bleeding) and don't go into the ride with bad mood, trying hard to relax for half of an hour or so. I have two bikes, both totally rideable on my trails and I am not always sure which one to take, so that makes things a bit more complicated. Then I have my favorite set of clothes I dress into and things I take into the back pack, tools, energy bars, fluids. Then I was always trying to eat pre-ride food and warm up.

I am husband, father, mountain biker architect and a nutter