Test: An Artifact of the past - SHIVER SC 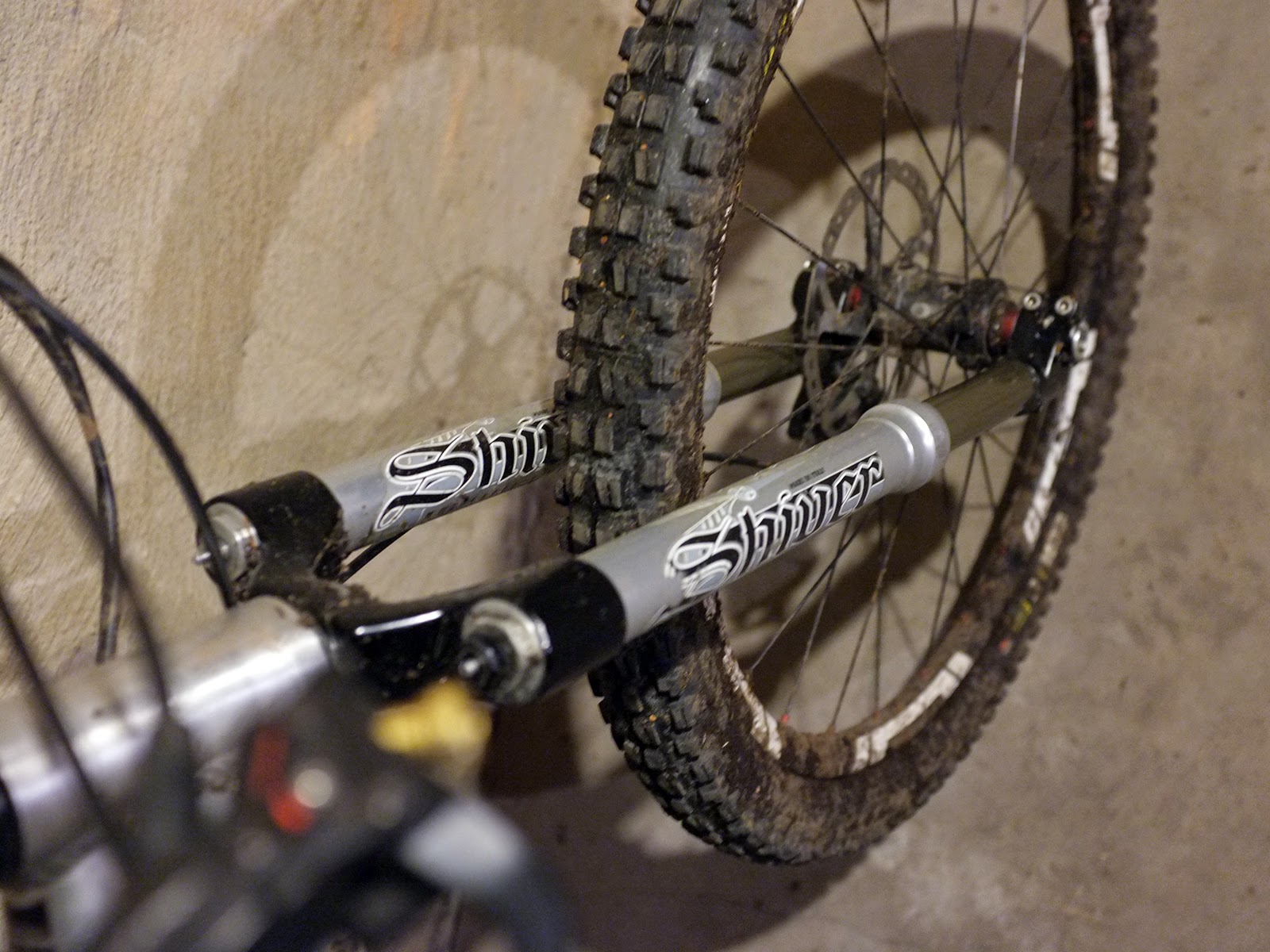 Manitou, Rockshox, DVO and X-Fusion have brought upside down forks back to the mainstream. Under the peer pressure of internet to own such thing I decided to buy one, it's just that all those new beauties are the most expensive forks in their respective segments, so I had to satisfy myself with something else. It is an old dream of mine from times when I started riding, 11 years old dream to be exact: 2003 Marzocchi Shiver SC 120mm. I just had two rides on it and I will tell you how USD works, is it that flexy, is it that plush? It is also a great opportunity to reflect over the fact how far did bike suspension go from 2003 to 2014. Let's go! 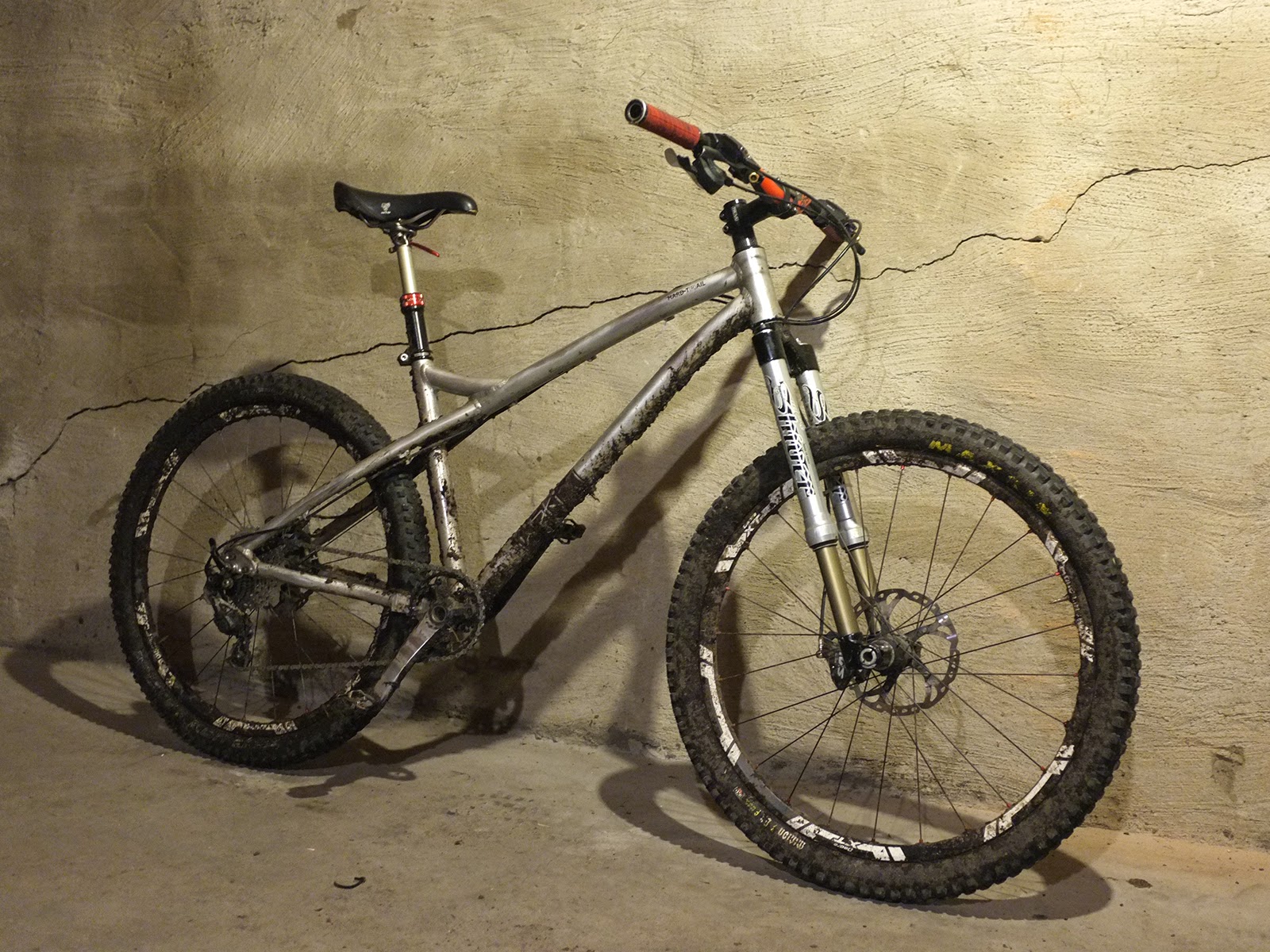 I will save you the details of how complicated it was to renovate it so, let's focus on riding. 120mm Shiver SC replaced the super stiff 160mm Lyrik Uturn with MiCO DH that I used to ride in lower 120mm setting and I also rode several 32mm forks recently so I can draw some good comparisons.

Straight away on the road to the woods I noticed that flex argument is a bullshit. Some people spend too much time stroking insides of their thighs and rub their crotches using front wheel in there and vigorously turning handlebars to prove a point about something they won't buy anyways. People cheering for USD are bastards as well, there was so much support for DVO... until they released pricing info. Back to the topic - I could turn and pump on asphalt with no sketchy feeling. On the trail it is much less noticeable, I could put my front wheel anywhere I wanted, even at higher speeds. I actually enjoyed the forgiveness of slightly reduced rigidity in comparison to Lyrik which has inner legs as fat as Shiver has outers - 35mm. If you hit a rock or a root with Lyrik, the front end flies aside and you need to correct it yourself so you must pay more attention to what is going on. I also haven't noticed any deflection when pushing in corners even when sliding into some form of support in a corner. It is worth noting that Shiver SC has an absolutely massive clamp for 20mm axle - compare that to your 1700g 15mm axled 32 Rev or 32Float, that don't even have a clamp - they have a thread or expander at best! 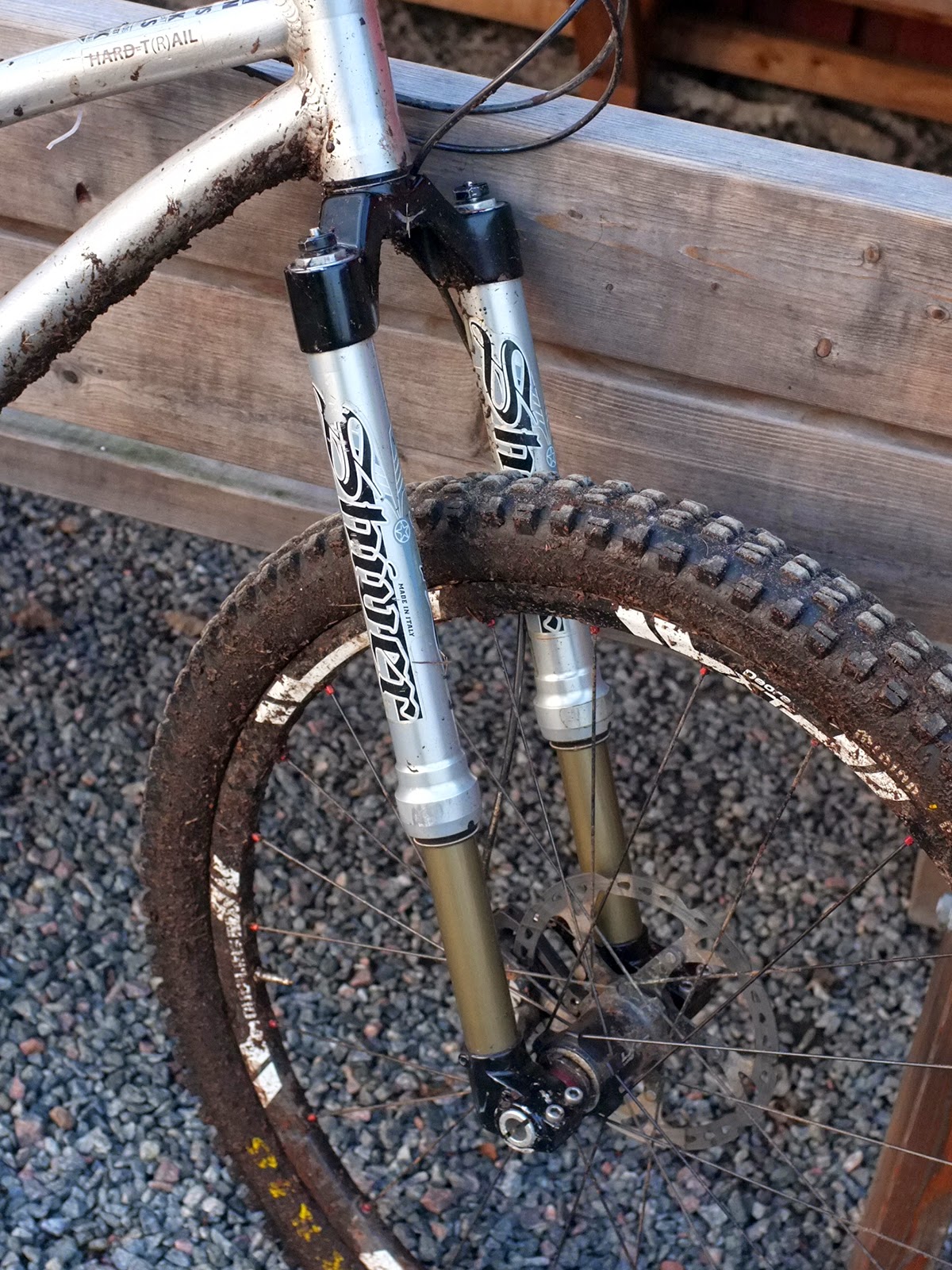 2210grams is still ok for a coil fork in my humble opinion. My Lyrik and 36 Van weigh 2,5kg. Did I like my wives 1680g 32 Float 140? Yeah, but it has a RLC damper which is almost as useless as Reveleations Motion Control. It is impossible to talk about USD fork if we missed the unsprung weight issue. You see all that USD lower unsprung weight theory coming from owners of Shivers is a straight bullshit. The oil is suspended(a hell of a lot of it!) and so are damping units, while pretty much EVERY semi-bath fork like my Lyrik or Boxxer has all that... unsuspended, so I am pretty much sure that lower legs and a piston on a STD fork weigh as much or even less than all damping in a Shiver. Now off course latest RS-1 has it all up so it has to be:

Oh freaking YEAH! That thing plows thr... wait a minute. Hooooold! Plushness depends not only on the design of forks structure - that is an idiotic argument. It depends greatly on a kind of damping system that sits inside of it (and spring hardness - ouch!). Now Marzocchis use an open bath system where damping oil keeps bushings lubricated all the time. The problem is that in those great days when it was made, the low speed compression damping didn't exist, just like landings off jumps and drops. People were hucking and sending to flat, not enduroing, so high speed compression and bottom out were the hot words! Brake dive? People were terrified by Brake Jack back then! Little low speed compression damping + coil + minimized stiction = plush as fuck! Shiver SC is super plush, keeps the front wheel on the ground like nothing I ever rode and hucks like a dream. I hucked one natural drop off that always bottoms the rear of my Blur TR, and Shiver couldn't be less bothered. What is fantastic with Marzocchi forks is that they seem to truly disseapate energy, while other forks just... compress? 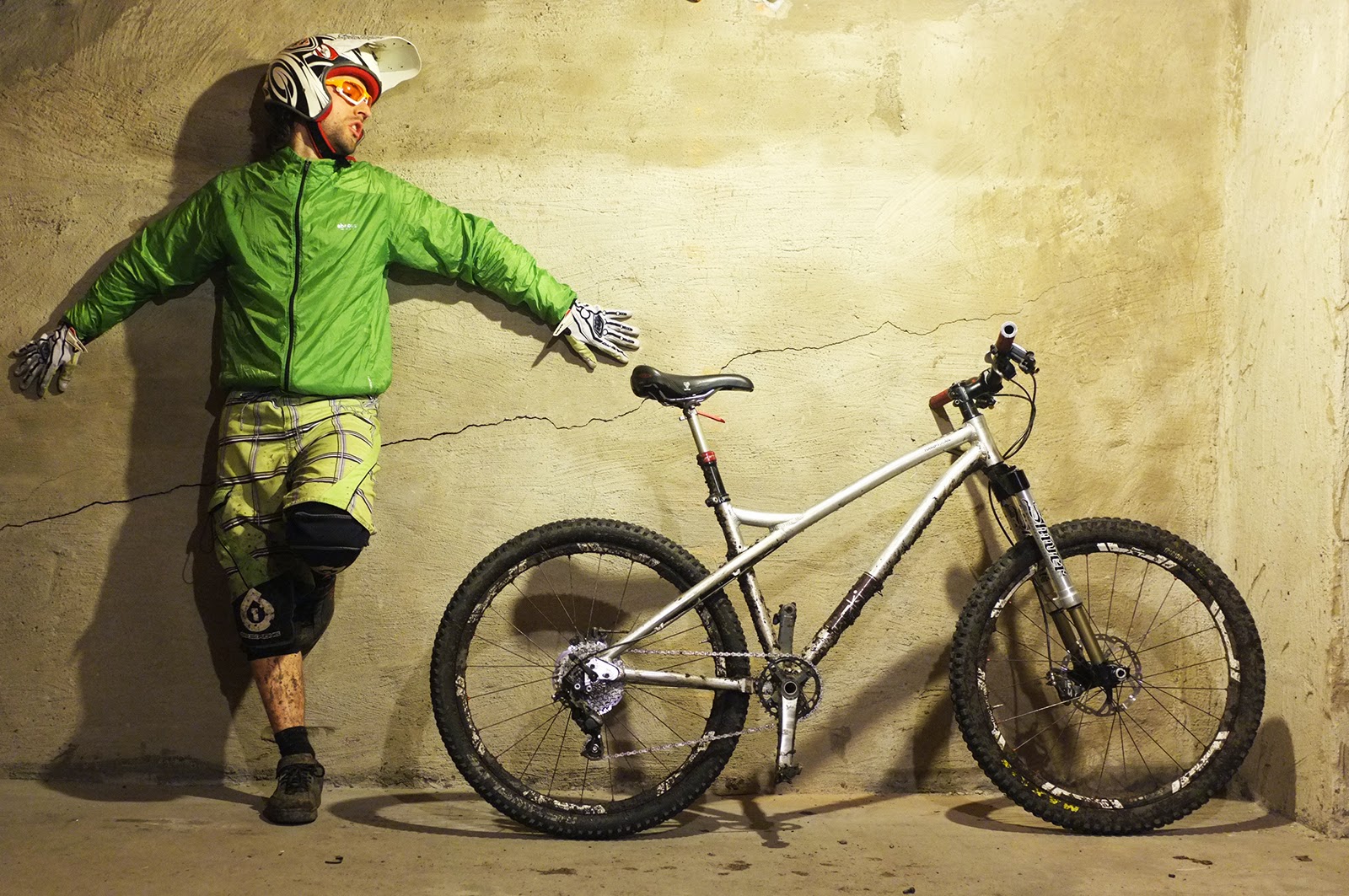 THE BOTTOM LINE:
How does it work compared to a modern fork? Lack of low speed compression leaves it a bit behind, but on a XC/trail bike and 120mm of travel it doesn't matter that much. Brake dive can be sketchy sure, but at lower speeds it can be dealt with. It's super cool to ride such fork, it has it's taste, I must say I enjoyed it more than any other 100-120 fork that has been on my hardtail. It is super plush, super grippy and rigid more than enough. Retro factor 4000! I will keep it there until my kids grow up and get 6 or 7. Then I will cut off the crown and using 888 crowns I will convert it to a double crown fork fitting 20" wheels for their FS kid bike. As to USD forks in general - basing on experience from riding Shiver, if Rockshox RS-1 or X-Fusion Revel HLR has all damping in the upper legs and the only unsprung mass is the stanchions, clamps, axle damper and air spring pistons then this thing must be smoking plush!!!

Huge thanks to Keith Williamson for the chassis and Max Peter Werner for getting me the cartridge.

I am husband, father, mountain biker architect and a nutter